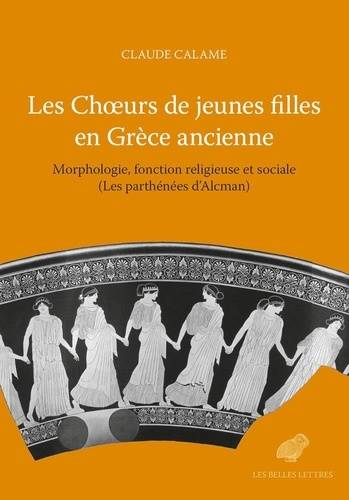 Young girls would sing in a choir about the homoerotic desire inspired by their chorêgos, while simultaneously expressing their ritual relationship with a goddess—the incarnation of feminine beauty. The words sung while performing choral dance steps were composed by a male poet retained by the city of Sparta, a city nonetheless known for its male-oriented military culture. Using the example of the so-called partheneia poems by the poet Alcman, the book successively explores the poetic and ritual forms assumed by a sexuality that extended beyond today’s way of contrasting hetero- and homosexuality, the social and religious correlations with sex brought into play by these poetic performances, the underlying musical culture of the singing with its institutional forms, the ritual practices derived from the heroic tales upon which the city was founded, and the attributes and roles of the divinities to whom these political and religious celebrations of feminine adolescence were dedicated: Artemis, Apollo, Hera, Aphrodite and (in Sparta), Helen.
This work’s insight into the history of religions in a polytheistic regime, combined with the approach offered by cultural and social anthropology, invites readers to discover the social function of these musical performances, as well as the implied sexual relations. The anthropological comparison with tribal initiation ritual processes enables readers to grasp the esthetic and political significance of the choral and ritual education of young girls in ancient Greece: the initiatory nature of this educational process prepared them for the gender-differentiated roles and social statutes that they would later assume as adults.
Claude Calame, Director of Graduate Studies at École des Hautes Études en Sciences Sociales in Paris, formerly taught Greek language and literature classes at Université de Lausanne, as well as at the University of Urbino and Yale University. Approaching Greek texts from their pragmatic correlation with fictional and ritual narratives, he offers us, from an ethnopoetic perspective, an approach combining historical anthropology, a history of religions, and discourse analysis. His recent publications include: L’Éros dans la Grèce antique (2009), Prométhée généticien (Les Belles Lettres, 2010), Qu’est-ce que la mythologie grecque ? (2015), and La Tragédie chorale : Poésie grecque et rituel musical (Les Belles Lettres, 2017), Thésée et l’imaginaire athénien : Légende et culte en Grèce antique (2018), and Les Chœurs de jeunes filles en Grèce ancienne (2019).
S'identifier pour envoyer des commentaires.